Falling out of love - when a charity gets it wrong

Fundraising is all about relationships. The problem with relationships is that when one party gets it wrong, the other party can end up feeling a bit hurt.

And the problem for charities is that a hurt donor is very likely to take their love – and their money – elsewhere.

I’ve recently had a bad relationship with a big charity. I’m not going to name them, we’ll call them Charity X. But I will tell you where it all when wrong in our romance, in the hope that we can all learn from their mistakes. 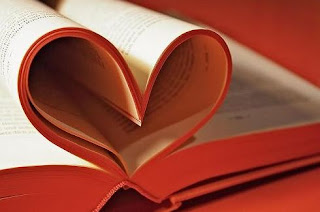 "I wish I'd thought of that... before finishing my capital campaign"

A few weeks ago I went to the inaugural conference of the Institute of Fundraising's (relatively) new Cultural Sector Network. 180 people were there for all sizes and shapes of organisation, a diverse landscape ranging from zoos to music in the community groups, from  major national galleries through to small local museums.


Understandably, given the preponderance of galleries and museums, capital campaigns were a feature, with great insights from Jo Beggs of Manchester Museums, who ran the Whitworth Art Gallery campaign, Alice Devitt, a consultant who ran the Lauderdale House campaign and Jim Beirne, Chief Executive of Newcastle's Theatre Live.

Interestingly, talking to folks throughout the day, people seemed less concerned with starting up campaigns than about what to do afterwards.

You've had a massive push, been successful, the building is built/renovated/transformed - now what?

Is there life after a capital campaign?

Read more »
Posted by @collectivemarg at 09:39 No comments: