I'll never get this morning back. It's gone. The bright sunlight has faded into a smear of grey drizzle and my daughter is red cheeked and mad eyed from too much telly.  I blame the Fundraising Preference Service. It took quite a while to wade through the proposals which are framed as "a conversation with stakeholders." It could be construed as a conversation I suppose, a bit like one of those conversations I might have with my Dad about education or politics which result in a sense of quiet desperation and a desire to flush my head down the toilet.

There's nothing wrong with the tone of the document. It's open and respectful. It solicits opinions and highlights areas where the group don't really have all the answers. It invites people to offer more questions and considerations. That's all good.

But as I read through the various propositions it seemed increasingly obvious to me that this is an unworkable thing. It's like a flailing many armed octopus lashing out in so many different directions it's impossible to pin down. I like to think I'm a logical person. Its inconsistency made my head hurt. 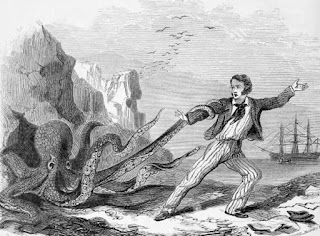 We propose that the FPS should apply to fundraising communications, ie communications carried on for gain and wholly or primarily engaged in soliciting or otherwise procuring money or other property for charitable, benevolent or philanthropic purposes.

Okay, that's good. Simple. FPS is defined by communication type not by organisation. It's good because it addresses the critical point that not all who fundraise are charities. The fundraising world is a many and varied beast. Fundraising organisations can range from universities to churches, from scout groups to parent teacher associations. It's a crucial part of community cohesion and a natural response when faced with a situation you want to do something about.

Which of course, makes the FPS utterly impractical.

We do not propose to exempt particular types of organisation or fundraising from the FPS. However for practical reasons, we propose that fundraising organisations with an income below £1m should not be required to check their fundraising campaigns against the FPS.

What this seems to be saying to me is that FPS is impossible. It makes our heads hurt. Let's just leave most organisations out and just deal with the ones who can handle it. The problem with that is, that FPS has been touted as a "fundraising reset button" - all communications STOP.

As the majority of charities are small to medium sized, most charity communications won't stop.

In fact what you will have is a tax on the larger charities who are trying to solve really big problems - you know, like finding a cure for cancer or preserving the heritage and culture of our entire nation.   And it's a tax which doesn't solve the problem of vulnerable people getting too many phone calls and letters. 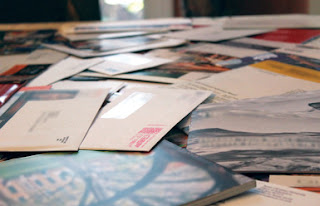 [Because, let us not forget, that's how this whole thing began: with the catalyst created by the death of Olive Cooke,  an incredible volunteer fundraiser who loved charity and whose death was not caused by receiving charity communications, but who did most definitely receive a lot of them. Just in case you've forgotten, Adrian Salmon has a handy summary here.]

There is a perception that larger charities have spare cash sloshing around to pay for a service like this - but that cash has to come from somewhere. Likely it will have to come from fundraised income.

I don't know about you, but when I donate to a charity it's because I believe in a cause, I really don't want that money to be spent on managing the vast body of unwieldy and complicated data that would be necessitated by a Fundraising Preference Service. I want it to go on building a vast pool of stem cell donors to make sure that desperately ill young people get a chance at life, or on making sure that the hospice where my nephew died can go on helping families like ours, or on ensuring that there are enough specialist nurses to support the growing number of people with dementia in the world.

It makes me furious to think that that money would be diverted to a project like this.

But back to the inconsistency.

There are over 160,000 voluntary organisations in the UK and nearly 9 out 10 of them raise less than £500,000. Under the proposals, these charities are exempt from the FPS.

So my mum might be able to say STOP to the likes of the NSPCC and Cancer Research UK, but the vast majority of charities will still be able to contact her when they please.

And what about those charities which hover just below the £1million mark? One year they will be subject to FPS, the next not. One big legacy could tip a small charity into FPS land and a whole minefield of compliance they had not previously had to deal with. Should they refuse the gift?

Reset button? I don't think so.

However, at least that means that my daughter's school's playground fundraising group won't have to screen all parents and teachers at the school against the FPS before sending them an email. That's the reality which not having that £1 million demarcation could create. 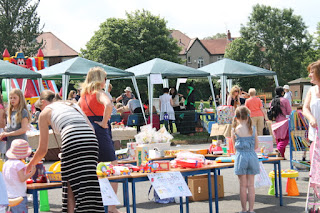 Here's another. Just when we think that it's everything is clear, that FPS extends to specific fundraising communications, the proposals throw out the possibility that it could extend to trading, lotteries and even social media.

But maybe not just charities.

The stated aim is to address "communications carried on for gain and wholly or primarily engaged in soliciting or otherwise procuring money or other property for charitable, benevolent or philanthropic purposes. "

This is not limited to charities (and nor should it be).

If FPS is extended to trading.... doesn't that start to blur into covering companies, cause-related and social investment?

Increasingly, for profit organisations are placing social value at the heart of their brand in order to encourage consumers to trust them and connect with them emotionally. You have Uber promising to get vast numbers of veterans into work. You have Unilever aiming to make sustainable living commonplace. 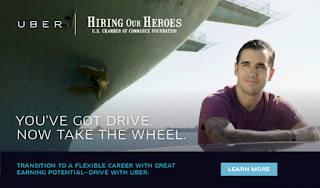 Meanwhile, charities are moving into the enterprise space, with arts organisations like Newcastle's Live Theatre, opening restaurants and pubs and even incubation hubs to fund the work that statutory bodies can no longer fund.

The communications and marketing from for-profit and non-profit are starting to converge.  Mark Zuckerberg has proclaimed he is going to give away his wealth to good causes. Crucially, he has not restricted this to charity.

Arguably, this type of marketing could be said to fit the description of "communications carried on for gain and wholly or primarily engaged in soliciting or otherwise procuring money or other property for charitable, benevolent or philanthropic purposes.

If your a company writes to ask you to consider buying their product because it will benefit people - will this be subject to FPS?

If it isn't subject to FPS, doesn't this put for profit organisations at an unfair competitive advantage?

And then there's the data management...

FPS is to a register of individuals, not households. So, let's say I register. My husband doesn't. So charity mailings will still come through the door and the phone will still ring. It's just that the person ringing can't speak to me.

Let's say I register with my name and address, but various charities have me on email lists without any corroborating address. That happens. Plenty of organisations have an email list independent of their main CRM.

Am I still going to get communications?

Yep. How could I not?

Would the charity be in trouble for contacting me?  Who knows.

Let's say I move house and don't advise the FPS of this important fact. I make a donation to a charity. The charity checks against FPS and doesn't see my name and address there. They start to mail me.

I'm annoyed. Didn't I opt out of all this?

The only way to practically address this is for people to register all the channels by which they don't want to be communicated: register their home address, email address, phone numbers, mobile phone numbers - and keep them up to date.

In fact, someone should invent something that just does that.

Wait a minute, they already have.

Now it's a bit of a pain to have to run around registering all of these different things, but what if someone made it simple: like a one stop shop which enabled me to register my individual preferences.

That means if anyone is about to run a calling campaign or a direct mail campaign, they won't be mailing all calling me. I just need to ensure that when I move house or change my number, I update them with these services. Magic.

And those vulnerable people? They wouldn't be getting all that stuff that their friends and relatives don't want them to get.

Received wisdom is that the Fundraising Preference Service isn't an "if" it's a "when". The devil is therefore in the detail of the implementation.

In this case, the devil is in the unrealistic expectations which have led people to believe a "reset button" is a practical possibility. It's not.

However, if the aim is to stop vulnerable people from getting inundated by unwanted solicitations, well, that is possible. And the mechanisms already exist to do it.

So before it's too late and an unworkable is summoned into life, let's take a moment to stop and breathe and ask what we're really trying to do here.

Why not just re-conceive the Fundraising Preference Service as a portal through which to access those mechanisms?  A simple, one stop shop. 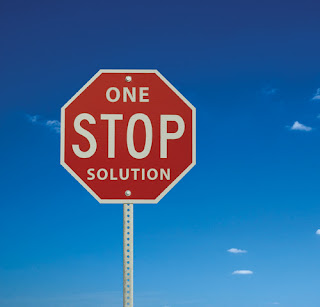 Then give the new Fundraising Regulator (which most charities warmly welcomed) the teeth to intervene when charities disregard the existing code of practice.

Let's make a Fundraising Preference Service that actually stands a chance of working.

Before you go, find out more by reading NFP Synergy's: 20 Challenges the FPS will have to cope with

You have until 31 March 2016 to respond to the proposals on the Fundraising Preference Service. Help shape a better future for fundraising. Read the proposals here.

Other related posts on this blog:

Three years on from the other telephone call

Three years on from that telephone call

Want to hear more opinion and analysis on FPS? Related articles on other sites:

If the Fundraising Preference Service is forced on the sector, charities should walk away from "self" regulation - David Pearce, Critical Fundraising

What if the Fundraising Preference Service.... could work? - Joe Jenkins, Critical Fundraising

Why are fundraisers afraid of the Fundraising Preference Service? - Hugh Radojev, Civil Society

Shame on those who are supporting the Fundraising Preference Service - Adrian Sargent, Critical Fundraising
Posted by @collectivemarg at 20:39