It's been a dark few days for the world of fundraising, what with government ministers and others tossing about words like "vile", "disgusting," "grotesque" and "immoral" in connection with telephone fundraising and the likes of Dame Hilary Blume being reported as saying: "I'd like to dismiss all the people who are in charge of these big fundraising operations." 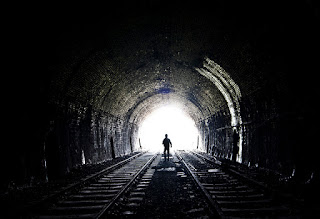 Nuanced it has not been.

We're nice people, fundraisers, or so I like to think. We've chosen to work in a field which is all about connecting people with causes that can make a difference to their lives and the lives of other people in society. We care about that. We want to do the right thing by donors and by beneficiaries.

This week, our official voice, the Institute of Fundraising has been unequivocal in damning bad practice - even if it takes place in third party agencies - and welcoming a stronger self regulatory framework. I doubt any fundraiser would argue with that: no one wants vulnerable people to be exploited or abused and many charities were set up to prevent that very thing.

We care about the people who support our causes and of course we want to add to their number. Who wouldn't? But we don't want to do it at any price. Our donors are part of of who we are and we want them to stick with us on our shared journey.

So I don't disagree with putting a more robust framework in place. That's a good thing. But I do disagree with the way in charities have been attacked without recognition of the massive contribution that charities make to our social cohesion and to the wellbeing of most households in the UK.


The outpouring of moral outrage, the mudslinging and extreme expressions do nothing but damage the voluntary sector as a whole, and public confidence in giving. It also gives a hugely false impression of what most charities are like. As in the business community, the vast majority of charities are SMEs. We're the local hardware shop not the B&Q. In Scotland alone there are more than 23,000 registered charities and well over half have an income of less than £25,000.

Call centres, face-to-face, door-to-door fundraising techniques - these are beyond the reach of most charities in the UK, but the damage from the recent media attacks will affect confidence in us all.

Don't get me wrong, this isn't a finger pointing exercise at big charities or a suggestion that any of the above mentioned fundraising techniques are wrong. I've had bad and GREAT experiences of being called. I've signed up to a direct debit after being asked by a smiley on-street fundraiser on a sunny day. I've given via a door-to-door fundraiser to a charity I admired but had never before supported because I had never before been asked - until that fundraiser knocked on my door. I didn't mind. I was glad that it was made so easy for me to donate.

Big charities are grappling with big problems - and that can require a big fundraising operation.

As with all things, these fundraising techniques can be executed really well or really badly. Let's not throw the baby out with the bathwater and suggest they are all bad. and should be banned. It's simply not true and it's a tragedy for the many great agencies out there who have a strong values base and are working hard to help charities secure vital funds as cost effectively as possible.

Those fundraising techniques have ensured that many of those larger organisations have a solid, broad base of people giving small amounts regularly. That provides them with regular, predictable income - essential for organisations like Macmillan who provide critical services - and it prevents over reliance on a few big funders or on statutory funding, which reduces risk and helps to ensure independence. 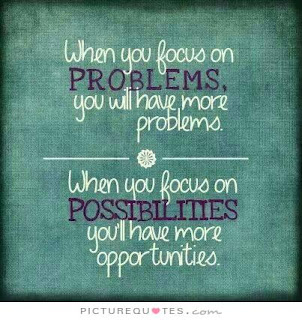 Babies and bathwater aside, let's not be too despondent. As anyone who has tangled with a SWOT analysis knows, a threat can easily transform into an opportunity. So perhaps it's time we started thinking of this period as a watershed moment. Not as a period when charities and charity fundraisers were attacked, restricted and threatened with government regulation, but as a period where we had the opportunity to think about the very nature of what we do and why.

We owe that to ourselves and our beneficiaries, because the voluntary sector is important.

And we're not the only people to think so.

After the fall of the socialist regime in the 1980s, Hungary was left with weak public and voluntary sector infrastructure. It was recognised that this wasn't a good thing so in the 1990s the Personal Income Tax scheme was introduced, aimed at providing funding for non-profits and encouraging cooperation between the community and the voluntary sector.

In the late 1990s, this caught the eye of the Mayor of a Japanese city, Ichikawa, who wanted to strengthen local services but couldn't afford to so. He decided to introduce the 1% support scheme, allowing citizens of the city to donate 1% of their local taxes to charity. These charities then provided services that the council simply couldn't afford to fund. In 2013, 117 charities were supported through the scheme, participation was increasing and other councils in Japan had started to follow suit. Notably, charities have to have an office in the city and can't participate in religious or political activity. This is about community and partnership, not activism.

There's a lesson in this - and a warning

Tax shapes society and how it operates.

In Scotland, income tax is about to be devolved.

By 2018, the Scottish Government will be in control of setting the level of income tax for tax payers in Scotland. At present, thinking about this has mainly been focused on the implications for gift aid - but perhaps it's an opportunity for people in Scotland to think more widely about the role we want charities to play in our society.

In the city of Ichikawa's case, the 1% personal taxation scheme has meant funding for non-profits supporting elderly, disabled and young people, as well as sports and cultural organisation schemes. It creates a close partnership between local government, community and the voluntary sector which serves some of the needs of the citizens of Ichikawa - but it doesn't include support for politically active organisations.

What would that mean for non-profits who hold government to account? Organisations like Oxfam or Amnesty International (the types of organisations that former Minister for Civil Society Brooks Newmark famously suggested should "stick to their knitting" and stay out of politics)?

Non-profits which are politically active need sources of financial support which are independent of government control or those who have a vested interest in maintaining the status quo. The more funding an organisation receives from a particular source, the harder it becomes for that organisation to criticise the people who control that funding. It's called biting the hand that feeds you.

But sometimes non-profits need to be vocal in campaiging against the status quo and sometimes that can be challenging. Independent income from fundraising has been vital to this for hundreds of years, helping to bring about radical change from the abolition of slavery through to universal suffrage. It all depends on how you view the role of the voluntary sector. 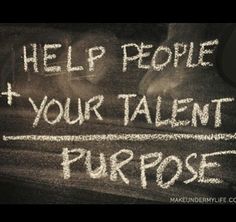 So back to fundraising.

Charities are facing an unprecedented level of criticism over fundraising practices that have been found to be unacceptable. As fundraisers we're standing in the eye of a storm right now. It's our job to ensure that we are working to the highest possible standards, enshrining strong values in our work and addressing poor practice.

But we also need to take this opportunity to think about what we do want from charities and what fundraising methods can best achieve that.

A blanket ban on major fundraising techniques like on-street fundraising carries a risk of its own - it could make us, as charities, more dependent on other sources of funding which could impact on the culture in the UK voluntary sector and reduce our independence. Increased government regulation could have the same consequence.

Meanwhile there is a wider political context to be taken into account. Devolution of income tax gives people in Scotland the opportunity to explore this question more deeply. What sort of voluntary sector do we want? Do we want to encourage participation from a greater percentage of the population, or make it attractive (as in the USA) for wealthier people to give larger donations by enhancing tax breaks for giving?  Is there an opportunity to explore directing a proportion of our income tax towards the voluntary sector?  Or something else - better, bigger, different?

Finally, and most importantly, let's not  allow the conversation to be shaped by those who don't have our best interests at heart.  Charities owe it to the 93% of households in Britain who have used our services to do better.

They need us - and if we are to be there, we need them too.

What do we really want from charities?
On being a donor and the Olive Cooke backlash

Related articles from other sites: