On Being a Donor and the Olive Cooke Backlash

A few weeks ago the body of 92 year old Olive Cooke was found in a gorge in Bristol. Tragically, she had taken her own life.

Mrs Cooke was known as Britain’s longest serving poppy seller. She had devoted her life to charity work and charitable giving. However, upon her death, the media focused on one specific aspect of Mrs Cooke’s final years: the number of fundraising appeals she received from charities. This provoked a storm of outraged headlines such as: “Shame of charities that prey on the kind-hearted and drove Olive to her death: Organisations who exploited pensioner's kind heart admit to sending begging letters.” 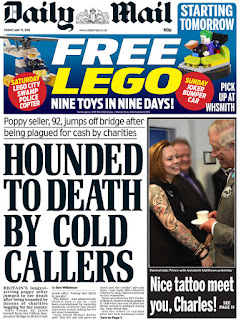 Mrs Cooke’s family denied that charity appeals had anything to do with her death and stated that she would not have wanted this backlash against charities. "I know the letters were a nuisance and an irritation and very intrusive to her,” her granddaughter said, “but it wasn't the reason [she died].” That didn’t matter to the outraged press: within days the Daily Mail was talking about “Olive’s Law.”
It feels wrong that someone’s death should be used as an excuse to attack charities.
It also worries me.
At the Institute of Fundraising Scottish Conference last year, Martin Sime, Chief Executive of SCVO warned that there was a storm brewing and charities would soon be under attack. Charities had already been told to “stick to their knitting” and warned off involvement in politics. He suggested there was worse to come. And it seems that he was right.
The backlash created by the story of Mrs Cooke’s death has taken the fundraising world by surprise. No one expected it and officials from the Fundraising Standards Board have seemed unable to mount a convincing defence of fundraising.
Suddenly, we’re hearing about probes and investigations – the implication being that charities are involved with malign and shady practices to extort money from the vulnerable.
And that makes me angry.

People like Mrs Cooke do receive a lot of fundraising appeals. My mum is 81 and by her estimate she receives three fundraising appeals a day, not to mention phone calls. This is because people over the age of 55 are far more likely to give donation. Charities have a duty to be as cost effective as possible and that means not wasting on asking people to make donations who are unlikely to give. Instead they prioritise those who are most likely to respond.
This doesn’t mean acting irresponsibly where vulnerable people are concerned. The Institute of Fundraising Code of Fundraising Practice is very clear on that point – it’s one of the key principles which underpins the code.
My mum doesn’t think much of this onslaught of paper. “I just put them in the bin now,” she says. But she doesn’t, not really. Not when it’s a cause she likes and wants to hear about. And she’s perfectly capable of distinguishing between those she does and those she doesn’t.
A few years ago my mum stopped giving us Christmas presents. She decided instead to use the money to send a goat to Africa. Every year since then she has made a substantial donation to charity at Christmas instead of giving us presents. We respected her decision not only because it was what she wanted to do, but because it was a GREAT thing to do. 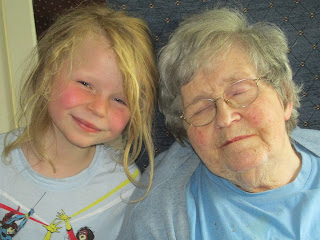 My mum gives because she feels it’s her Christian duty. She’s a religious person and part of her religion involves giving alms. It’s her money and her donations are enabling life changing work to happen. It’s also easy for her to shape the volume and types of appeals she gets:
“Mum, if it’s a charity you don’t want to hear from, just get one of your carers to drop it in the post box as ‘return to sender’ and write on the envelope that you want to be taken off the mailing list. Charities don’t want to mail people who don’t want to give.”

This is a truth. Why would charities want to call or mail people who don’t want to give to them? It’s a waste of money and it’s damaging.

Charities don’t exist to steal funds from elderly ladies like my mum.

They’re not trying to make a quick buck or to line their pockets.

Charities exist to make the world a better place.

Every charity wants to find the people who care about the same thing they do: their cause. Whether it’s finding a cure for cancer, stopping torture or rescuing donkeys, someone, somewhere will care about this issue. But those people don’t appear from nowhere. Sometimes you have to cast the net far and wide to find them.  That’s where cold mailings come in. And lists.

Buying mailing lists is a long established practice but it is regulated. Where consumer data is concerned, legislation requires people to have opted into receiving future communications. Unfortunately, it’s easy to opt in accidentally: filling in a competition form, or ticking a box agreeing to be contacted by third parties. I know I’ve done it.  However, if a consumer asks to be removed from a list, that must happen within 21 days.  Telephone data must be checked against the Telephone Preference Service, to avoid calling people who don’t want to be called. There’s more information about all that here.

Without fundraised income charities would not be able to operate. That means people not getting food, water, medical care, special equipment, protection… all the different and amazing things that donors to charities help their charities of choice to do.

If charities want to change the world, they have to ask for money.

My mum is elderly. She is disabled. She’s been a charitable person all her long life and I hope that she continues to do so.  I don’t want her to feel uncomfortable about her giving. I’d be furious if she had a bad experience – and they do happen because charities aren’t perfect and mistakes are made. If she did have a bad experience I would tell the charity – because I know that no fundraising team wants a person to have a bad experience of their charity.

So where am I going with all of this?

Charities shouldn’t be ashamed that they actively seek donors or ask for money. Giving offers people a chance to be part of a community which shares their values. To make a difference to something they care about. It’s a good thing.

Like my mum, I give to a lot of different charities - probably about six each month through my payroll and via direct debit. I’ve made one off gifts in response to telephone calls and I’ve walked, baked and organised events to raise money. I’ve given online and by SMS. I’ve been inspired by television appeals, social media and by direct asks and given to those too.

Unlike my mum, I’m not religious but I like giving. It helps me feel that I’ve done something in a world where all too often we feel powerless. The causes I support are part of my identity – they’re informed by my values and help to remind me who I am.

I’ve felt glad when a cause I like found me. It made it easy to give and I might not have got around to doing that otherwise.

As fundraisers we owe it to ourselves and our supporters not to accept the mud that is being thrown at us. Our supporters are enabling real change to take place in the world. They are supporting their communities. They are stopping child abuse, rescuing animals and finding a cure for cancer.

Donors are heroes, not patsies.

We should be sharing the stories of what they help us to achieve.

We should be changing the conversation.

Is it possible to engage younger people more with philanthropy?

Finally, let us not forget that in Bristol there is a family grieving for very real and tragic reasons. I hope they get the peace they need to come to terms with their loss.

I’m glad that there are charities in this country who support people at risk of suicide. I can’t help Mrs Cooke, but perhaps, by making a donation, I can help to save another person’s life.

Related articles on other sites:

The sickening spectacle surrounding the death of Olive Cooke


The Gaping Hole at the Centre of Fundraising Ethics

How the Olive Cooke tragedy affects Fundraising Ethics and Self Regulation

The way we think about charities is all wrong