Wielding Words to Win or Wound

Early this morning I posted this on twitter.  It was an image a friend had shared on Facebook that morning and I'd thought it was an important illustration of how we language is a tool that we use to shape the world around us. I can't remember the original source or I would have credited it (if anyone knows the original source, please do comment and I'll ensure it's credited!). 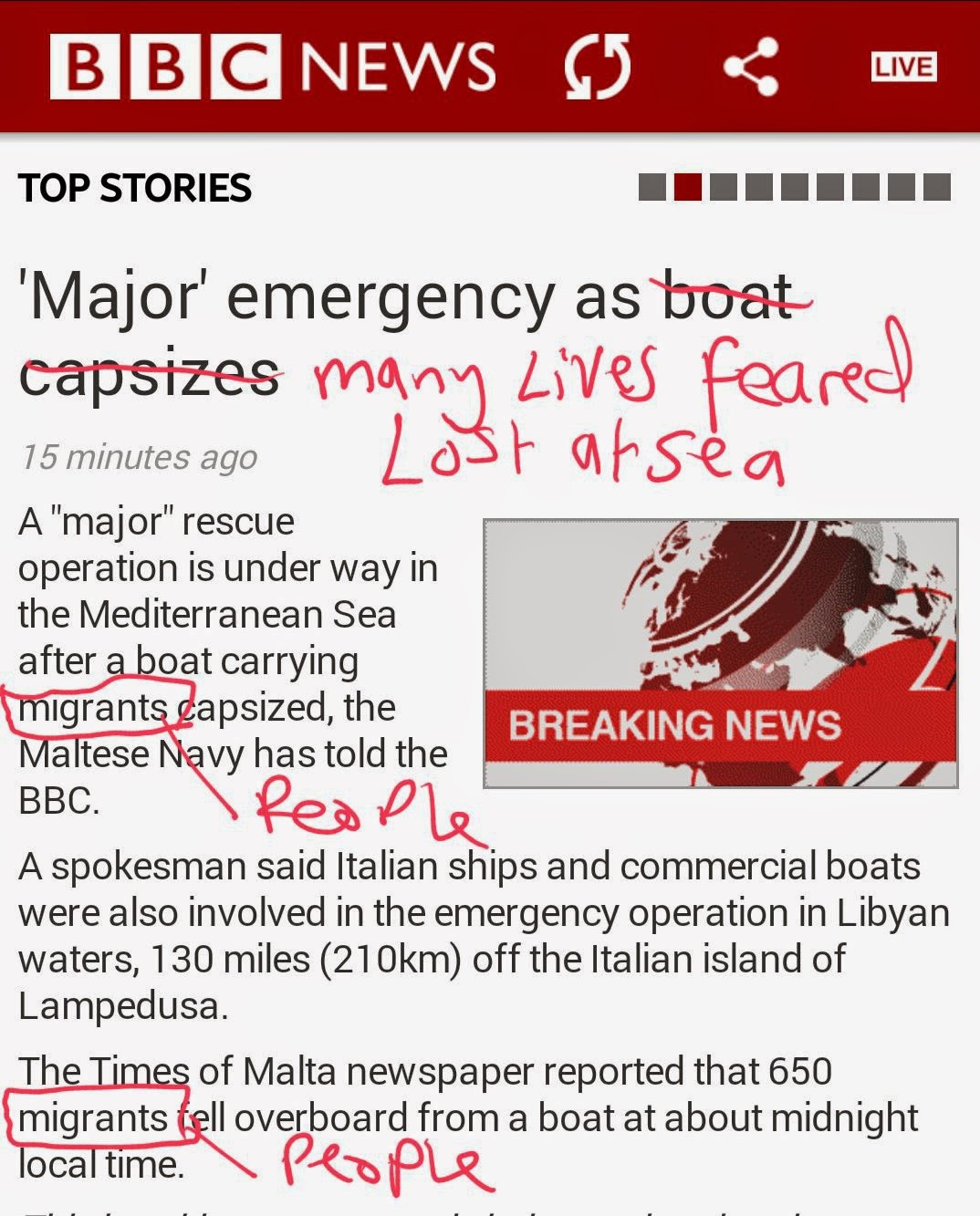 I share this because I'm a fundraiser and language is one of the most blood-curdling weapons in our cuthroat armoury, no it's the shining pinnacle of our creative endeavours, oh darn it, language is important.

The reaction to this tweet was astonishing. In the space of 15 hours it had been retweeted 747 times and favourited 304. It had received abuse, commendation, provoked argument and critique. I had never in my life seen anything like it on my timeline. To give a few examples:


The simple point I was trying to make (and the unknown creator made so well) is that the words we choose are loaded with meaning. There is no such thing as neutral language. Each word choice we make has an association for the people who read or hear it. Words have power.

It's not just about accuracy of language. It's about viewpoint and perspective. In the wonderfully flexible beast that is the English language there are likely half a dozen different - and accurate - ways to describe the same thing.

To take some of the examples above: 'migrants' can be 'boat people', 'refugees', 'people fleeing poverty and conflict' (a description used elsewhere by the BBC concerning the very same people who died in this tragedy), 'illegals' and 'immigrants'. They might all describe this particular group of people, but each provides a very different perspective on them.

For a powerful illustration of how word choices can shape attitudes and culture, read the Society of Black Lawyers' complaint to the Metropolitan Police Commissioners Office regarding Katie Hopkins and the Sun's description of the self-same group.

This is an important lesson for fundraisers to learn.

In my charity, internally, the people we serve are called 'customers'. That is a deliberate choice to reflect the fact that those people are choosing to use our services and that our role is to provide them with a good service. It puts choice and control in their hands in a way that the term 'service user' might not.

Try using the word 'customer' in a fundraising appeal. It doesn't work.

It might be an accurate description but it's also a label, and a label which distances the potential donor from the person who will benefit from their donation.

As fundraisers, it's our job to close that gap so that our donor feels like they are changing the life of another human being.

It's also important that our word choices reflect our values. We don't use the word customers in fundraising appeals, but we don't use patronising or belittling language either. We simply say 'people' - or better still, talk about one person. A named person is even more of an improvement.

In an appeal, the words 'donor' and 'supporter' are labels too. Try (as I once heard Collectivist Rachel recommend) replacing those words with you.

"By giving £5 today our donors will help a customer's dream come true."

"By giving £5 today you will help one man's dream come true."

"By giving £5 today you will help Harry's dream come true."

Which would you rather donate to?

At the moment, with a UK General Election looming and ideologies riding high, there is no better time to pay attention to the word choices we see in the newspapers and to notice how they make us feel.

What can we learn from that? And how can we use the powerful tool that is language to achieve social good?