For Major Gifts officers in higher education, work revolves around gift tables and meeting stats and the never ending quest for prospects. Major gifts is full of received wisdom that is handed down, inscribed in tablets of stone from Fundraisers-Of-Legend to those aspiring to realise the same billion dollar campaign targets.


Higher education institutions are all about capital campaigns, whether those campaigns are public or private. They tend to be about buildings, equipment, scholarships, posts... things. Discrete, specific, wonderful, world-changing things.


Your average HE major gifts fundraiser is usually focused on trying to raise money for those things. That means finding enough people who are interested in those things, and turning them into donors.


The planning of that usually takes the form of a gift table. Gift tables tend to be constructing around the concept of a gift pyramid (aiming for a few big fat gifts, a middling number of high value gifts and a large number of small gifts). They look a little like this...

You need four prospects for every gift because in major gifts there is a 1:4 conversion rate from
prospect to donor. Call me Doubting Thomas, but I've never come across much evidence to back this up.


In fact at last October's CASE Development Services conference, research from leading universities with well established fundraising departments -  LSE (Karl Newton) and Manchester (Alex Hyde-Parker) - suggested that in the UK this might not the case, or not at the highest levels of giving anyway. Stats from those universities showed that the conversion rate from prospect to donor for those with the greatest giving capacity is much, much lower than the much vaunted 1:4 ratio. At that rate, to get that elusive £10 million gift we would have to court dozens of billionaire philanthropists.
And there are only so many Tony Starks to go around. 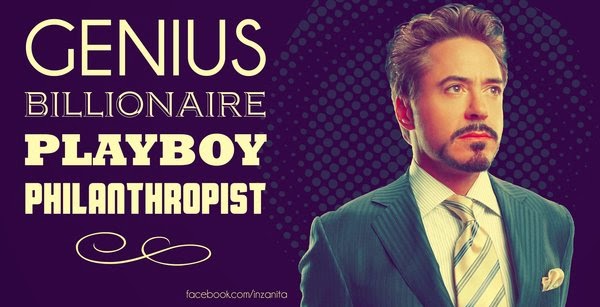 Do we adjust our gift tables rapidly? Do we desperately bid for more (or any!) prospects researchers?


Er, wrong. Because research by data wizard Scotland's own Paul Weighand suggests that this may not the case. That actually, if fundraisers are spoon fed prospects by prospect researchers we often do nothing with them. The more likely prospect to become a donor is the prospect that a fundraiser finds by his or herself.
Busting the Blame Game


Whoaaaah. Stop the train. All major gifts fundraisers know that the reason they don't realise enough gifts is because they don't have enough prospects. And that's the fault of the prospect research team.


Just the same as all prospect researchers know that the reason they don't realise enough gifts is because the fundraisers don't get out the door enough. And that's the fault of the fundraisers.


But maybe – just maybe – we're going about this all wrong.


I spent eight years in my last major gifts role and over that time I built networks internally and externally. I got to know the academics, board members and donors I worked with. I got to know them really well. Amongst those people there were those who were well connected, those who were active in industry, those who had great relationships with those former students. The more trust we built up, the more we co-planned, worked out how to engage these different people and with what.


Meanwhile, we also had our database and the people who had been flagged as prospects therein. That was handy, but it often seemed to be the same people being discussed – the people everyone else knew about. More useful to my team was identifying people who were already giving, but maybe had spikes in giving or had a particular link or connection that made sense. Our best collaborations with the research team were when we brought leads to them and asked the researchers to explore them.


It was on those occasions that we struck gold – identified someone who was part of our wider network, someone with whom we had a reason to be in touch and who had gift capacity or valuable connections.


So what does this mean?


Maybe it's less about transaction (I, the prospect researcher give you, the fundraiser, a prospect) and more about co-production (let's work on this together). That's the key to effective prospect management.


Maybe it's less about top 100 prospects and rich lists and more finding the influencers at the heart of a network.


Maybe it's about longevity. About investing time. About sticking around long enough to know and be known.


Maybe it's less about one senior fundraiser working (or not) on one big prospect and more about a whole team approach to developing high level relationships.

What do you think?