How [not] to make friends and alienate people 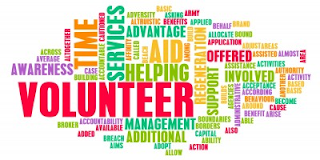 In the UK, May 2015 will bring a General Election. That means RIGHT now political parties across the country are gearing up to get folks out canvassing on their behalf, because if there's one thing that the recent Scottish Independence Referendum campaign showed it was that people power is, well, powerful. Nothing is more persuasive than someone talking to you face-to-face.

Well, we already knew that didn't we? We're fundraisers.

Engaging and motivating people is what fundraisers do.

That's because from major multi-million pound capital campaigns through to church fetes and bakes sales, volunteers are at the heart of successful fundraising. They might be getting you a spot in the boardroom. They might be running a marathon. They might be asking their friends to join them in donating. But one thing is for sure: without volunteers, charities would be dead in the water. Where fundraising is concerned, they are what makes the world go round.

I think most good fundraisers know this. They know when you talk about your charity, you have to tell the donor what they are helping you to achieve. They know that you inspire and motivate people by letting them feel ownership over their cause. They know that you get engagement by listening, asking and discussing - not hectoring.

This evening I stumbled across a political meeting in a local cafe: the first meeting of a candidate for Westminster, his campaign manager and the people who were interested in campaigning on his behalf in the local area. Fascinating - if you wanted a lesson in What Not To Do.

In the ten minutes I observed the room turn frosty before my eyes, I clocked at least five six cardinal errors from Mr Campaign Manager. In the spirit of sharing....

1). Don't go on about yourself (unless you're sharing a personal story): Mr Campaign Manager could have pointed out the years of cumulative experience amongst the activists in the room. He could have praised their tirelessness, or the passion they had demonstrated. He could have told them why he cared about the cause and what motivated him, to create a sense of shared purpose. He didn't. Instead Mr Campaign Manager told them about all the campaigns he had been involved in and how fantastic his experience was. Subtext: I know what I'm doing and you don't. Engagement Fail.

2). Don't belittle your volunteers ideas: As activists in the room shared their thoughts on what they thought was important and what they thought people on the street might need to hear about, Mr Campaign Manager shot them down. "No, we're not doing that. THIS is the message. THIS is what people want to hear. It's what the newspapers are saying." Uh... which people? People like the people in the room... who are telling you what they care about? Engagement fail.

3). Don't believe the hype... believe the people: See above. The people who are your volunteers and donors know what engages your potential volunteers and donors because they were/are those people. They care about the world. That's why they're activists. They live and work alongside your potential voters. They are your target audience. Newspapers on the other hand, exist to sell newspapers. Ignore what your activists have to say and you're looking at another... Engagement fail.

4). Do use stories: At the Institute of Fundraising conference you'll have heard a lot about stories and storytelling. It's been a major theme in fundraising for sometime. Why? Because stories engage people. Think Live Aid. Where the western world could turn a blind eye to millions starving in Ethiopia, they could not ignore the story of one young child on the verge of death. One child. Not millions. Because it was a personal story, one people could empathise with and feel. Stories are a window into an issue. People want to listen to them. Not according to Mr Campaign Manager. According to him, people on the doorstep need to hear statistics.... oh dear. Engagement fail.

5). Don't forget to thank your volunteers - and celebrate the impact of their work: Yep, Mr Campaign Manager forgot that bit too. It's enough to make a fundraiser cry. Engagement fail.

As I watched the aspiring MP wince through his Campaign Manager's engagement event, I couldn't help but think that if this is how activists are treated it's no wonder that membership of political parties are at a "historic low", whilst engagement with charities is on the rise.

Hey political parties, you have three months. Maybe it's time to stop calling the shots and start listening?

However, all is not lost. There's still time to get along to the Institute of Fundraising's fabulous The Everyday to the Extraordinary: IoF Scotland's Community Fundraising Conference 2015 on 25 February at Glasgow's SECC. All the details are here and even Campaign Managers are welcome.

As long as they're there to listen.
Posted by @collectivemarg at 22:11