It's August and in Edinburgh that means Fringe time. The Royal Mile is one seething mass of leafleters, dexterously flicking through reviews on their smart phone whilst juggling, playing the bagpipes and standing on their heads. Or something like that. It's busy, anyway. So the better thing to do is escape the streets. Better still, go under them.

Also, it was raining. 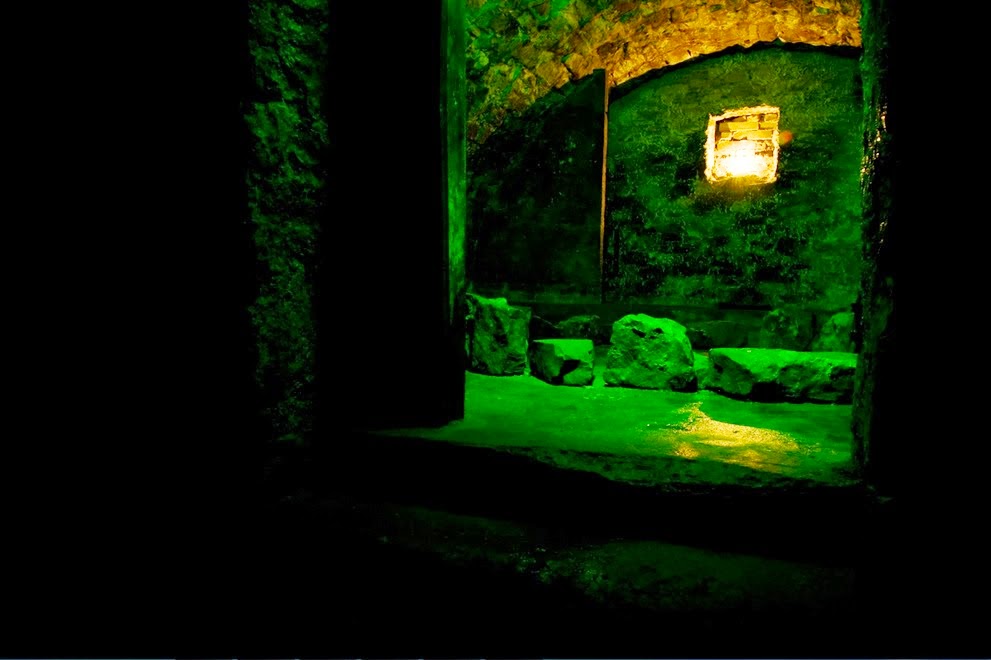 So we went underground. To Edinburgh's vaults to be precise, damp, dark and full of pagan temples and torture devices and that's where I learned about witch pricking.

Back in 16th and 17th century Scotland witch hunts were practically a national sport, with accusations of witchcraft in Scotland being four times the level of the rest of Europe. Occurring at times of economic strife, it could be considered an early type of austerity driven welfare reform as witch hunts tended to pick off the most marginal people in society - the people most likely to be in need of charity.

But politics aside, witch hunting was a lucrative business. At a time when your average daily wage was a shilling a day, witch hunters earned a square six shillings a day plus a £6 bonus for every witch with "the mark."

That's a lot of beer money for your average punter.

So what did witch hunters do?

To identify a witch (if you didn't know) you prick them. People who haven't made a pact with a demonic power squeak. Witches don't feel any pain, demonic powers apparently being an early form of paracetamol.

So our clever witch hunters devised special needles with retractable points. A bit like those knives you get from joke shops. Stick the witch and the point never enters her skin. No squeak.

The witch finder is quids in.

Standing in the gloom of Edinburgh's vaults, unidentified liquid oozing from the ceiling to drip on my unsuspecting head I was immediately reminded of the importance of appropriate target setting.

Because, gentle reader, I am that sad.

Target setting. Get it wrong, and your fundraising programme is stuffed. Get it right and your team is motivated and on track.

Consider a brand new major gifts fundraiser, new to an organisation, new to the donors, new to major gifts. Let's call him Humphrey Bumtrinket. Humphrey's boss, Hilary Huntswerve has told him he needs to make 10 asks a month, starting now. She knows that for a major gifts fundraiser the most FATAL failing is hide behind his or her desk, never getting out there, never asking for a donation.

Humphrey's stats are going to be reviewed openly at the next fundraising meeting, along side Violet Van Vulpine, a well established Development Officer. Violet got three pledges last month alone. Humphrey is on his mettle.

He gets one pledge. He offends two major prospects. It was too soon. He wasn't the right person. He didn't listen. Because his targets shouldn't have been the same as Violet's. It wasn't Humphrey's fault. The targets were ill considered and they drove inappropriate behaviour. 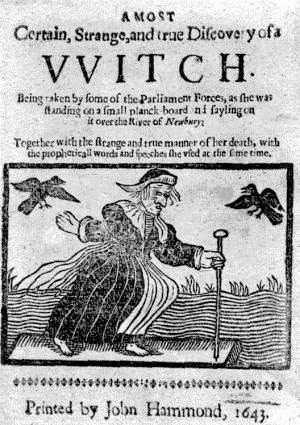 What can we learn from witch hunting?

Don't be Hilary. Don't take a one size fits all approach. Think about what you are trying to achieve and consider the kind of behaviours you want to encourage. Openly discuss targets with your team and work with them to make sure they work. Monitor them to ensure they are driving the right behaviours, as well as being met. Revise if necessary.

Don't cheat. And don't burn any witches. It's not a nice thing to do, even during the Fringe.