Major Gifts on a Shoestring

It's budget week this week. With George Osborne waving the red briefcase and talking about austerity, beer and bingo, it seems like a good time to focus on our very own Collectivist Austerity Measures. 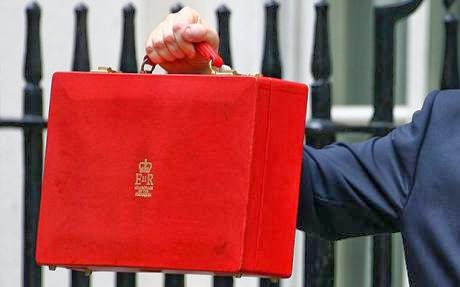 Welcome to the Fundraising on a Shoe String series.

Can Major Gifts really ever be a budget exercise?

Well, yes my friend it can.  If you look at the budget of your average higher education major giftie versus that of their alumni relations colleague you'll find a vast disparity. Why? Because "friend-raising" costs money. All those glossy alumni magazines. Those overseas receptions.  They cost, my word do they cost.

Contrary to popular belief, major gifts doesn't require a glossy brochure. It doesn't even require a champagne-laden reception.  Really, when it comes down to it, all that major gifts requires is darn good people: you, your CEO/Vice Chancellor and a teapot.

Alright, so I'm stretching it a bit. At a big university, like the two I have worked for, major gifts fundraising is underpinned by a vast machine. There is a massive database, assiduously maintained by a crack operations team. There is a prospect researcher - maybe even two or three.  Never enough, but still, someone who has access to debretts, lexis nexis and all those other goodies.  There are events coming out of your ears. You might not organise them, but you can always piggy back on them. And there are projects.

Universities are never short of projects.

But what about YOU. Yes YOU. The one pony shop. The fundraising start up. The poor bugger whose CEO thinks you can run a major gifts programme with excel spreadsheet, a £100 hospitality budget and no prospect research resources.  What the heck do you do?

You can find out in October, when I talk about Major Gifts on a Shoe String at the Institute of Fundraising Scottish Conference. But in the meantime, for all you lonely fundraisers out there shouting YES! That's ME! ALL I HAVE IS AN EXCEL SPREADSHEET AND 100 DONORS.

These top tips are for you:

1. Major Givers don't grow on trees, but you might still find them in your backyard.

Okay so you don't have a wealth-screened database of 80,000 people. You do, however, have people. In fact, you're surrounded by them. Homespun prospect research is a little bit like playing Six Degrees of Kevin Bacon. It's about building relationships with your colleagues - service colleagues, programme colleagues, senior colleagues and talking about what the sort of projects you're working to develop and the sort of people you think might be interested. It's amazing what links people have. WARNING: when pursuing those links don't say: "Give me a list of 10 wealthy people you know so I can contact them." Do say, "do you think <insert name of the person they just mentioned> would be up for having a coffee to chat with us about our plans?" Don't exclude the colleague making the introduction or you will lose their trust and their endorsement. Keep them in the loop when you're talking to their acquaintances.

2. Don't blow your budget on a fancy dinner.

Fancy dinners and receptions are the black hole of the major gifts world. Everyone thinks you need one. They use up budget and they use up time. And you rarely get to speak in depth or to consult with the very people you have invited to dine. The type of person with the capacity to be a major giver will likely get invited to a lot of dinners and they are also likely to be time poor. Unless you have a specific hook, don't jump straight in with dinner as a first step. Try a coffee. Or something which will elicit information and further or deepen the relationship. If you want to get a group dynamic with a few major gifts prospects - for example, to kick off a fundraising campaign - try a roundtable discussion with your CEO, where he/she is seeking advice on something specific, like your case for support. Or your campaign plan. That way the person you are trying to reach is investing their thoughts in your charity and feeling involved and important to you. Because they are.

3. Don't blow your budget on a glossy brochure.

Major gifts is bespoke. It's artisan. It's designed to connect one or two individuals with that special project which will transform the very thing they care about. You don't produce a brochure for that. You produce a proposal. It can sometimes be hard to convince senior colleagues that blurb like this isn't necessary and indeed, will only weigh down your hand luggage and be chucked in the bin ten minutes after you have left the room. Nevertheless this is true. A thoughtful, hand-crafted proposal is two hundred million (officially) times more valuable than a pre-printed standard brochure. And it costs.... nothing but your time.

4. If you are going to spend money on anything, spend it on travel.

No not business class to Hong Kong. I mean a bus ticket to your donor's home or place of work. No I don't mean stalk the people you want to involve with your charity. I mean make it as easy as possible for them to meet you.  Major gifts doesn't happen behind a desk. It happens face to face, person to person. It happens when you have talked, walked about, shown projects and demonstrated that you you (the charity) can be trusted to make a difference to the very issue your potential donor cares about.

Major gifts isn't costly but it is time consuming. The biggest resource your Board can give you is time to make it work. A year isn't enough. Two years will see an emerging major gifts programme. After five years it is established.  I've seen countless new fundraisers plugging their way through their first year and feeling a bit hopeless. By the end of year two, they are hitting breakthrough after breakthrough. I can't emphasise enough: it takes time. Not money. Time.

So there you have it: 5 top tips for making major gifts work on a budget.

Earthworms United - Starting Major Gifts the Teeny Tiny Way
Is the problem fundraising - or planning?
The Fundraiser's Guide to avoiding IMPS?
Capital Projects and Capital Campaigns: the difference
Let's Go on a Date: is Major Gifts for you?