Have you thought through the potential impact of Scottish independence on your charity? If not, here are 4 questions to help.

Well has your charity (or have you) thought through the potential impact of Scottish independence?  What does this mean for your organisation and for your ability to fundraise?  If yes, great and well done.  If no, where do you start? 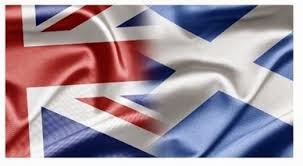 The Scottish Government will publish it’s white paper on independence this Tuesday and on 18 September 2014 the people of Scotland will vote in a referendum to decide whether or not the country should remain part of the United Kingdom.  The prospect of Scotland becoming a wholly independent country has created many areas of uncertainty and has the potential to affect a range of matters which will directly and indirectly impact on fundraising.

In my day job I have started to consider the potential impact of Scottish independence on my charity (the Muscular Dystrophy Campaign – a national charity working across borders) and I have been particularly grateful for the work undertaken by the Institute of Fundraising (IOF) in Scotland to stimulate the debate and grow my understanding.

In May 2013 the IOF Scotland published ‘Scottish Independence and Fundraising’ which looks at the potential impact of independence on fundraising in Scotland.  The report presented the findings of 135 Institute members who participated in a survey and found:

Following publication of the report, a question time style debate was held in September to discuss potential impact of independence on fundraising and in early 2014 the IOF plans to produce a ‘blue sky’ policy paper.  This paper will aim to identify opportunities that constitutional change may bring to fundraising in Scotland, thus allowing the Institute to be proactive and pre-emptive in preparing for new policy positions.

Some key questions to consider:
From working through this topic I have identified four areas – case for support, financial impact, communication and organisational structure – that I think fundraisers should be considering:

Many of the issues creating the uncertainty will not be resolved for some time yet but all charities should take the time, especially those working across borders, to think through the potential impact.

I’d love to hear your thoughts on the potential impact of Scottish independence so please do post your comments or tweet me @garyker.

Gary is Head of Volunteer Fundraising at the Muscular Dystrophy Campaign.  He is also a member of the Institute of Fundraising’s Scottish executive committee and Chair of the Professional Development Committee.
Posted by Unknown at 21:47