Top Tips on the Administration of Legacies 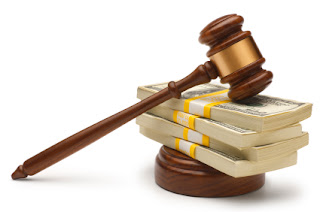 A couple of weeks ago I wrote a blog on legacies and I promised to share some of my Top Tips for cutting legal costs and some challenges you might encounter during the administration of legacies.

As the administraion of the estate progresses, you can ask for updates but be mindful of costs. The more you contact the solicitor, the greater the legal fees and this will reduce the value of the residue meaning for the charity.


Obviously the charity strives to get the maximum out of the legacy and as a residuary beneficiary you should look carefully at the confirmation. You should consider questions like:
However, be realistic and don’t upset other potential beneficiaries. It is simply not worth pursing every last penny if it means that you could lose out on other legacies in the future owing to bad publicity. If there are other charitites who are residuary beneficiaries, do not hesitate to contact the legacy officers from those charities if you need help or advice. The legacy officers from larger chartities often know each other and will work together often appointing a lead charity if there are problems.

Administration for Residuary Beneficiaries
If the administration has been going on for some time and assets have been realised, you can ask for a payment on account. The executors are not obliged to give it to you but most will be happy to make a payment if they able to do so. When the administration of the estate has come to an end, ask for a copy of the Executry Account to ensure that the amount that you received is correct. Look at things like:
Charities are in general entitled to an exemption from inheritance tax but some solicitors may incorrectly share it equaly between all the residuary beneficaries whether or not they are charities.  The executors have to pay all the debts of the deceased and can claim expenses to administer the estate.

Estate Income (Forms R185)
If income has been received during the course of the administration of an estate, tax will have been paid on this income. Residuary beneficiaries are entitled to a share of the income in the same proportion as their share of the residue of the estate and, as tax has been deducteed, the charity can reclaim this tax from HM Revenue & Customs. Depeneding on the size of the esate this can be a significant sum and will enhance the value of the legacy that you have received.

Legal Rights
In Scotland a spouse, civil partner or child (or their depandents if the child has predeceased) of the deceased is entitled to claim a proportion of the moveable estate. If legal rights have been claimed by a beneficiary, they lose their entitlement to any bequest they have been left in the Will.

Ex Gratia Claims
An ex-gratia payment is a payment made by the charity where the trustees believe that they are under a moral obligation to make the payment but are not under a legal obligation to do so. For example, where a grandmother has left pecuniary legacies to her named grandchilden but another child has been born after the Will was made.

The law requires charity trustees to apply a charity's funds or property only for the futherance of the purposes of the chartiy and in the ways laid down by the charity's governing document. Genereally speaking, trustees cannot depart from this rule but ex gratia payments can be made where it would be morally wrong for the charity to make the payment.

Difficulties You May Encounter 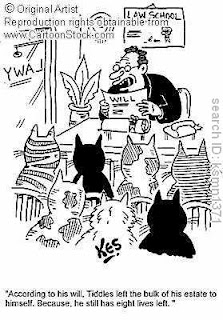 Most estates are straight forward but there are always exceptions and for these you need specific legal advice.

Tenants in properites: This is a delicate area, especially if the person living in the property is a relative of the deceased. The charity may want to sell the property but the tenant may be reluctant to leave. Take care - you don't want negative publicity. It is crucial to receive advice at an early stage.

Claims to agricultural tenancies: If the deceased person owned land which had been used by a farmer for grazing, that farmer may try to claim an agricultural tenancy over the land. This can cause the administration of the legacy to drag on for years.

Lay Executors
Care has to be taken when delaing with lay executors. The may be unfamiliar with the administration process

Have you any other tips of getting the most out of your legacies? Get in touch!