On being stiff, lying spellcheckers and dullness 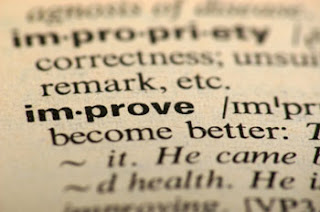 You may remember that last month I wrote about avoiding the hallmarks of a pretentious ass. This post contained a list by advertising legend David Ogilvy,  which he’d sent to the employees of his advertising agency. The list was entitled 'How to Write,'  and point number 1 on his list was:
"Read the Roman-Raphaelson book on writing. Read it three times."


Well I haven’t read it three times yet, but I’m well into time number two. The book isn't about fundraising writing (although it is attributed its own chapter), but much of it – being clear, communicating a message, and getting the damn thing read, is entirely relevant.

I thought I would share some of my favourite points so far.

We’ve talked about this before, but I think the importance of it cannot be overstated. So many of us learn in school that written language and spoken language are different. But if we want to be understood, we must write  in  a natural fashion.

The book gives examples of how a stiff and formal writing style differs from our natural language.

Stiff: The reasons are fourfold.
Natural: There are four reasons
Stiff : Importantly
Natural: The important point is

I’m certain importantly and x-fold have made it into my communications before now, and look how formal they seem next to their plain English counterpart. I know which I'll be using from now on.

Do you use your spellchecker with care?

The following verse may encourage you to do so.

I have a spelling checker,
It came with my PC,
It plainly marks four my revue,
Mistakes I cannot sea,
I’ve run this poem threw it,
I’m sure your pleased too no,
Its letter perfect in it’s weigh,
My checker tolled me sew.

Remember, computers are only human.

Nobody likes a bore. Find the interesting angle of what you are writing about. A great example is this proposal to fund a world affairs newspaper and teacher’s guide. Let’s be frank – that had the potential to be rather dry – but this is how they opened.

The rigid antagonisms of the Cold War are crumbling. The white power structure of south Africa is coming face to face with reality.

But survey after survey shows us that neither the 14 year olds, nor their teachers, can find Vietnam or Brazil on a map…

The proposal was successful.

I don’t think this will be the last time you’ll hear me talk about this book. If you want a copy for yourself, I’m sure amazon (or an independent bookseller) can oblige in the meantime.