Recently, BBC Breakfast aired an item on street fundraising. Without a hint of irony, Susanna Reid introduced the subject by asking rhetorically whether 'chuggers' are a nuisance or a necessity (or words to that effect).

Now like many people I am not a great fan of en-masse street fundraising. I will even admit to faking an urgent phone call every now and then to avoid a fifth polite no-thank-you-I-have-already-spoken-to-your-colleague. However, I think it's unnecessarily rude to refer to people doing a useful job in a lawful and often cheerful manner as thieves or robbers (charity+muggers) on national television. Not even in a Robin Hood kind of way.

Similarly, newspaper headlines about fundraising often make me cringe. "Obama/Clooney Cash Grab To Set Dollar Record" referred to a fundraiser at the actor's home to "rake in $12million." Not a local rag, but TIME. Sensationalist verbs such as hauling, grabbing and raking do little to dispel the idea that fundraising is a murky business.

Bad press for fundraising annoys me. Not so much for the fundraisers' sake - after all, growing an extra layer of skin can be helpful for the inevitable cold calls. No, the reason why I find it hard to stomach is because it demeans the generosity of so many donors who genuinely care enough about something to part with their money in order to make a difference. Referring to fundraisers as muggers, rakers or haulers portrays donors as victims of evil cash-obsessed grabbers. And that's just not how it is.

Donors are great people. They listen. They care. They want to help. They are empowered. They are not victims, they are heroes.

My Survival Guide To Starting A New Job

Your first day in a new job is like the first day at school; you're not quite sure where to go, what to do and who to talk to.  I hope this will give you some advice on what to do so you can stop worrying and start settling  in. 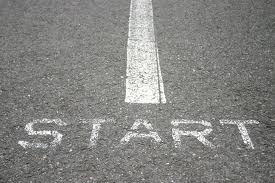 I know it takes a lot of effort to get a new job so here are my tops tips for you to take away so your first day goes as smoothly as mine did! 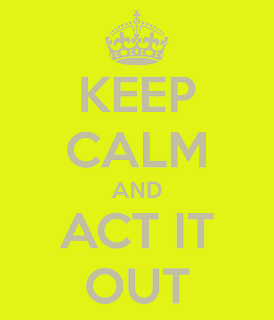 Remember the qualities that got you the job in the first place. You’ll have plenty of time to relax into your new role so make the most of it and enjoy your new work environment.

A couple of years ago, I wrote some articles for Kate Clift's Six Sisters Fundraising blog on writing a Case for Support. Recently, I was explaining once again the purpose of a case for support and how to go about developing it and I distilled my thoughts into one simple page.  In the spirit of sharing, this is it...

A case for support is not a glossy brochure – it is your hymn sheet. It is a central argument, usually captured in a written document, which all the key stakeholders involved have bought into and feel ownership of. It tells us what the point of your project it, why we need it at all and why we need it now. It paints a picture of your vision for the project, and tells us what we can all achieve by investing. It also tells us how much all of that will cost.

“The case statement is not intended to be a marketing piece; it is the document from which all campaign materials come.”
-        Cathy Blankenship, Lear Theatre (like this quote? Find out more... )
The really important thing is that this meaty document can be distilled down into one simple argument – or with a really strong case, into a few choice words. It has at its heart your project’s heart. All of the stakeholders associated with your case for support can relate to that single beating heart. They own that heart, they believe in it and therefore they can talk about it. It makes sense of your project and from that, everything else flows.
The key questions that a case for support document needs to address are as follows:
What is the need?  Why is this important?  In determining this it can be useful just to ask yourself “why?” until you drill down into the core reason for the project you want to do.
Why are you the best people to meet this need?  What makes you or your organisation uniquely well placed to deliver this project?
What is the urgency?  Why would people need to give now?  Will it make something happen which needs to happen?  Will it stop something from happening that shouldn’t happen?
How do you propose to meet the need?   This can be translated as ‘what do you plan to do?’
What are you missing?  This is where the potential donor comes in.  What do you need from them to make this important project happen?

The hallmarks of a pretentious ass.

If you are in the business of writing anything, chances are you like words. I love words. I love writing, because it allows me the luxury of time. The time to find the right word, the right phrase, to consider how I’d like to present my thoughts. No-body ever has to type ‘oh what’s that word again?’ in copy-land.

One of my favourite sites is letters of note. It isn’t a fundraising site, it is a collection of, to quote the founder, ‘correspondence deserving of a wider audience.’

One of my favourite letters on the site is 'I like words.'  It is a brilliant piece of persuasive writing - something we fundraisers are constantly striving for. Written in 1934 by Robert Pirosh, it is the ‘begging letter’ of a budding screenwriter. He sent it to all the directors, producers, and studio executives he could think of. And it worked. After securing three interviews off the back of these words, he took a job as a writer at MGM and went on to win an Academy Award in 1949.

Here’s what he said

I like the word screenwriter better than copywriter, so I decided to quit my job in a New York advertising agency and try my luck in Hollywood, but before taking the plunge I went to Europe for a year of study, contemplation and horsing around.

I have just returned and I still like words.

May I have a few with you?

Another site I rather like is lists of note (do you see a theme developing?)

This list, sent in 1982 by advertising legend David Ogilvy to the employees of his advertising agency, was entitled 'How to Write,' and consisted of the following list of advice.

The better you write, the higher you go in Ogilvy & Mather.  People who think well, write well.

Good writing is not a natural gift. You have to learn to write well. Here are 10 hints:

1. Read the Roman-Raphaelson book on writing. Read it three times.

2. Write the way you talk. Naturally.

4. Never use jargon words like reconceptualize, demassification,attitudinally, judgmentally. They are hallmarks of a pretentious ass.

5. Never write more than two pages on any subject.

7. Never send a letter or a memo on the day you write it. Read it aloud the next morning—and then edit it.

8. If it is something important, get a colleague to improve it.

9. Before you send your letter or your memo, make sure it is crystal clear what you want the recipient to do.

10. If you want ACTION, don't write. Go and tell the guy what you want.

And with that I have a donor report to write, and I’m paying particular attention to point 4.


We’ve all heard it before, public speaking is categorically the most frightening experience one can endure but in fundraising, it’s an inevitable part of advancing your career.

While you might not ever have to speak in front of the nation, you’ll likely lead meetings or be asked to present at a CASE or an Institute of Fundraising conference.

Like many things, the secret to public speaking is to look like you know what you’re doing. Here are my top tips to speaking like a pro:

What if you make a mistake?

We’ll be putting a list up of where you can come and hear The Collectivists at events near you.

Any comments of suggestions for speaking like a pro to @niamhini

Major Gifts is a Team Sport

Health warning:  this is not a blog post about the Olympics.

I know it's good to be topical and all, but damn I've seen a lot of blog posts about the Olympics this week.  So this isn't one.  Still, always nice to have a picture:


So if this isn't a blog post with a slightly tenuous Olympics analogy what is it?  It's a Defence of Major Gifts Fundraisers.  And here's why...

I thought about this.

And I don't agree.

Here's why:  major gifts fundraising is a team sport.

Sure, there's a thing about instinct.  And there are particular skills - rapport building, sensitivity, sensing what's happening in a room.  But how are you going to get into that room?  Who identified the potential donor?  Who opened the door for you?  Who gave you the project information?  Took you on a tour?  Designed the publicity materials?  Wrote the reports?

And it's not just about giving credit where credit is due.  It's about recognising that it's not all down to you.  In fact, sometimes the best contribution a major gifts fundraiser can make is stepping to one side - recognising that he or she isn't the best person to take a particular relationship forward and handing it over to a fundraising colleague who is more suitable.

Really high performing major gifts teams are those where teams are cross-fertilising opportunities, supporting each other and sharing success.

Really sharing success.  Not just with the support teams, but with other fundraisers.

If you're a really good Major Gifts fundraiser, you should be all about team.