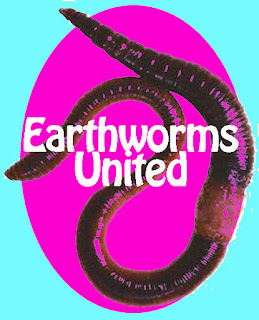 Leticia Pinkerton-Greene has just been hired as sole fundraiser for Earthworms United.  Although she works with a dedicated group of volunteers Leticia is a one woman band.

Earthworms is a newish charity.  It only started a year ago and so far it has received approximately one hundred individual donations, mainly secured through the volunteers’ networks.  The volunteers are pledged to fund Leticia’s salary from their own donations.   The rest is down to her.

Where does Leticia start?

First, let’s be realistic.  Leticia is doing everything.  That makes her a part time fundraiser.   She’s not just making asks, she’s writing thank you letters, building the database, running events and the communications.  She might get some help, but she needs to oversee the lot.

Priority one: Leticia has to put a simple stewardship programme in place.  Donors need to get thanked.  Reports need to be written.   Leticia needs to keep in touch.   An email newsletter?  An annual report?  A phone call?  A coffee?

Priority two: Some of the donors gave substantial amounts.  Let’s say £2K+ (big for Earthworms United).  Some gave small amounts but have the capacity to give more.  These are Leticia’s top prospects.  Within 3 months she needs to have contacted her top prospects, sat down with them, found out all about them.

What interests them?  Why did they give?  What else do they give to?  If they could change anything about the world, what would it be?

1. She needs to work with her volunteers to identify who they know and how to reach them.

2. She needs to grow her funding base.  Who is supporting similar organisations? What if she ran a small appeal in the pages of Organic Parsnips Ltd?  Or knocked on doors and asked people to take collection boxes?  Or did a reciprocal mailing with Protect the Beetle?   Organised a series of sponsored events at the Organic Farm Show?

By using mass fundraising systematically she can grow her database of contacts.  She can create a pool of potential supporters, some of whom may have the potential to be major donors.

The Chair of the Board of Trustees of Earthworms United wants Leticia to suggest some targets.  What would be reasonable?

Let’s say Leticia has 2.5 days a week to devote to major gifts fundraising.   If you follow the guides in my earlier posts, that means she can handle 50 prospects in her portfolio.

Of these, she might have time to meet with 7-8 prospects.  Most of Leticia’s donors aren’t giving huge gifts, but high value gifts.  She needs to see a lot of them, so her (part time, remember) meeting target is at the upper end.

But she has to look after the wider pool too.  Within three months, Leticia will have contacted the whole donor group, introducing herself, thanking them for the support and telling them what Earthworms United have done in the last year.  This is the first of her stewardship communications.

Leticia will also make plans to grow her pool.  She will towards an event for donors and prospects to take place in six months and contacted Organic Veg Weekly about an appeal insert.   This will reach an audience of 15000.  She is hoping for a 0.25% response rate, or just under 40 new supporters.

So back to Leticia’s targets...

Using the means described above, Leticia will establish an active portfolio of 50 prospects established including a mix of cold prospects and existing donors, with next actions against each.  To manage it she will deliver:

What else?  She could have other, softer targets e.g.


Within a year, Leticia is pleased to report to the Trustees of Earthworms United that she has doubled the size of the prospect pool and increased the donor base.   She has raised some money, but not yet a lot.  That will come.  The foundations for a sustainable fundraising operation are in place.

Next week we’ll meet Arthur Bones, who is starting up the major gifts team at the Rat Relief Fund, a sizeable and well established charity.   What will his first steps be?  And how do his targets compare to Leticia’s?