Top 3 Tips on Working with Celebrities 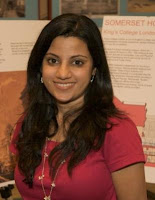 The Fundraising Collective is delighted to welcome guest blogger Aysha Awan. Having spent 12 years in events and fundraising, Aysha recently took up a brand new post as Press and Celebrity Officer at The Salvation Army.

So what can celebrities do for your fundraising campaign?  Over to Aysha...

The power of celebrity support
Having spent some time working with celebrities in previous roles, I was keen to develop my skills in this area as I noticed a gap in the market. Love it or loathe it, celebrity culture has consumed us and has seeped into all of our lives - celebrities can be found gracing magazine covers, endorsing the latest fashions and have a power over the everyday consumer that can't be denied. And clever charities have picked up on this trend.

The amount of exposure that a celebrity can bring to your cause is immeasurable. I witnessed this first hand a few weeks ago, when attending a charity event, spearheaded by celebrities who shall remain nameless, but are firm fixtures in the likes of Heat magazine, being the reality TV stars they are. They were great advocates of the cause and charity they were supporting, however, we all knew that every photographer and reporter present in the room, was there for them and the cause was secondary. However, thanks to clever branding of the stars and coaching from the charity press team, they were able to harness the attention being lavished on them by the press, and redirect it into endorsing the campaign. This led to the campaign gaining exposure in over 22 magazines published the week after the celebrity launch.

To those of you who think celebrity support is a risky strategy, I would agree to an extent. A badly behaved advocate for your cause will no doubt garner negative press for your charity, but, every good press officer knows that the charity cannot be held responsible for the actions of their supporters? Likewise, major gift fundraising can warrant the same behaviour, when soliciting funds from the wealthy, questions maybe  raised when accepting large donations from particular individuals...what's the difference?

So, what are my 3 top tips for getting into celebrity management with little or no experience are:

1. Know your stuff - you have to make sure you are a walking encyclopaedia on everything celebrity related. From their show size to who they're dating one month to the next. Absorb yourself in Heat, Hello, Grazia, Marie Claire and learn everything you can about celebrity culture. Make sure you know how celebrities are connected to one another - this is especially important when sourcing new patrons - maybe an existing celebrity patron has a link? Perhaps they worked together on a TV show years ago? Know those connections!

2. Get some experience in this area - I got into celebrity management when I was a Special Events Manager and noticed the potential to start a celebrity programme thanks to a very strong network of trustees who had celebrity friends at a particular charity I was working at. More importantly, I understood the appeal of our cause that had in the past attracted a large celebrity following. I noticed a gap in the fundraising team and pushed for a celebrity ambassador programme. But I didn't just ask, I put together a strategy for support, detailing my reasons for implementing a celebrity ambassador programme. Over the course of 2 years I got to know celebrities and more importantly their agents - a key factor! I cannot stress enough the importance of maintaining a good working relationship with an agent. It is almost more important to develop this relationship over the one you will have with a celebrity!

3. Push for a role!  - My role was made for me, because I had expressed an interest in this area to the relevant people in the press team. I jumped on any opportunity to get celebrities involved and more importantly, when I noticed a huge celebrity led campaign that was being managed by the Press team, I was the first person there offering help and advice, often in my own time. This led to a great rapport with the press team, fantastic exposure to a national campaign and thanks to my perseverance, a role!

Remember, there will always be a market for celebrity culture, it's up to you to harness it for good!

All posts by guests bloggers represent their own personal views not those of the organisations for which they work.
Posted by @collectivemarg at 12:56