Major Gifts KPIs - how much can you raise?

How much can you raise?

I like this question.  I like it because it suggests that the asker is keen to base their fundraising target on something real and tangible.  Something informed by what the fundraising expert (you) thinks is achievable.
Often the alternate is something like...

“We need to raise £500,000 in six months or our charity is in serious trouble so we’re hiring a major gifts fundraiser because we need Big Money FAST.” 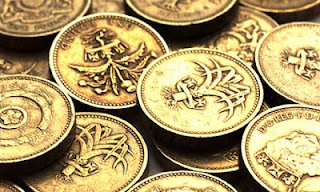 Now, far be it from me to dictate, but I would suggest that (unless you have messianic ambitions) any major gifts fundraiser with a grain of nous would run a mile from the latter.  Major gifts is not a quick fix, it’s a long haul.  It’s about relationships and long term impact.  It’s about transformation.

You wouldn’t meet a new friend over a barbeque and then ask them for £25,000 the next day would you?  You would?  Ouch.  Don’t get out much do you?  But for those of you for whom the answer is NO, we’re all on the same page.

What can you raise in your first 6-12 months in the job?

It depends.  And here is what it depends on:


However, here are some rules of thumb.  And we will be talking about them in next week’s post...


Margaret
Posted by @collectivemarg at 09:13